Businessweek.Com - How Ceo's Lead With Their Chins

Businessweek.Com - How Ceo's Lead With Their Chins 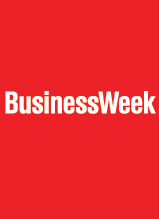 A strong chin, that Hollywood staple, may also be a plus for aspiring CEOs. That's the conclusion of New York plastic surgeon Darrick Antell, who presented his highly anecdotal evidence at the recent 2007 World Congress on Liposuction Surgery and Advances in Cosmetic Surgery in Dubai. Antell drew a line from the nose tip to the chin on photos of 42 CEOs from 2005's top 50 Fortune 500 companies. Some 90% (including Carly Fiorina, then Hewlett-Packard's (HPQ) CEO) showed nonreceding-to-prominent chins, vs. 40% of the U.S. population. People equate such jawlines with confidence and character, says Antell, who performed 20 chin augmentations in 2007. (Topping out at $7,500, the surgery's a bargain compared with, say, a $92,000 MBA from Harvard.) Some dynamos have "deficient" chins, Antell admits. But most are entrepreneurs. When it's time to pick a top manager, the one with the Superman jaw gets the job.