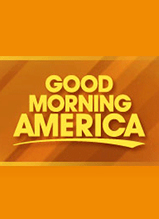 Jan. 16, 2006 — Annette Bilobran and Jeanette Phelan are 62-year-old identical twins and spent most of their lives looking exactly alike, but age has changed them a bit.

Bilobran, who is single, is a bit thinner and more athletic. The two still look a lot a like, but lifestyle has made their faces look slightly different. In addition, Bilobran had a medical problem five years ago — the cause of which she declined to name. Both women live in Schenectady, N.Y. and work as psychiatric nurses in the same facility.

"I'm so excited. I am happy with the results. It was a lot less painful. Within three weeks, I was skiing and ballroom dancing," Bilobran said.

Phelan, who is married with four children, was not as enthusiastic about getting the procedure done but said she is still pleased when people notice a change in her appearance. Bilobran said people tell her that she looks well rested or that her face looks rosy, but cannot tell that she has gotten a face lift.

The twins demonstrate how "genetics is highly overrated in the aging process," their plastic surgeon Dr. Darrick Antell said. He said other outside factors like smoking, stress and sun exposure contribute to difference in how twins age.

Antell, who is affiliated with the Lenox Hill hospital in New York, first became interested in twins while he was training to be a plastic surgeon. He studied a set of twins, one of which was burned on the face.

He thought it must have been extremely traumatic for one twin to suddenly look different the other, and went to the Twin Festival in Twinsburg, Ohio for research.

He met Bilobran and Phelan at one such festival. Because they participated in one of his studies, he reduced their fee.

Antell, who now specializes in plastic surgery on twins, demonstrated with pictures of other twins he operated on, displaying the photographs of a set of twins, one who smoked and one who did not.

"Wrinkle pattern is similar on the twins, they are just deeper and course on the one that smoked," he said. The same is true when a twin is exposed to more sun than the other.

Stress also has a significant impact on the formation of wrinkles, he said.

"What happens with stress is the fight-or-flight mechanism — it doesn't feed your skin as well. Your hair can grow great almost overnight," Antell said.

Meanwhile, he is happy to perfect his techniques on willing twins.

"It's a big challenge for a plastic surgeon to do an operation on twins, because you have the additional goal of trying to keep them looking as alike as possible," he said. "It's kind of like trying to throw a baseball through maybe a moving tire hanging from a tree and you've got to get it through that tire four times exactly each time."