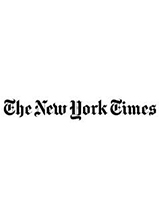 But the crowd is thinning.

In the midst of an explosion in cosmetic surgery, the number of nose jobs has dropped significantly. While the total number of cosmetic procedures increased 76 percent, to 697,000 from 395,000, between 1992 and 1996, the numbers of rhinoplasties, as they are known, fell 8 percent, to 46,000 from 50,000. And the decline was probably steeper between the 1990s and the 1970s, experts say, although no statistics are available before this decade.

The reasons are partly cultural and partly economic, according to plastic surgeons who have watched the evolution of a procedure that was once a benchmark in a young girl's life, especially among Jewish teenagers. "It was the thing to do," said Dr. H. George Brenna, who practices in Southern California. "You had your bat mitzvah and you got your nose done."

They heyday for nose jobs, experts agree, was in the 60s and early 70s, when the post-war baby boomers were teenagers. Parents of Jewish ancestry who knew first-hand of the Nazi atrocities were ever on the alert for stirrings of anti-semitism.

They wanted their own children spared discrimination. And to them, that meant fitting inconspicuously into the Protestant mainstream. "Jewish parents at that time didn't want their children to look Jewish," said Dr. James L. Baker Jr., who practices outside Orlando, Fla. "They feared a stigma left from the war."

The physical characteristic that most set Jews apart was their noses, and so legions of teen-agers, usually girls, had them fixed. The technology was primitive compared to today's and so the results, through the 1970s, had a cookie-cutter similarity — little ski-jump noses with the bony bridge scooped away.

But that was O.K. with the patients. "Everybody wanted to look like a shiksa," said Dr. Thomas D. Rees, a retired plastic surgeon who trained many of the high-priced doctors at work today along Park Ave.

The leading practitioner back then was Dr. Howard Diamond of Manhattan, renowned for standardizing what had been a hit-or-miss operation. "Every girl on Long Island had a Diamond nose," said Dr. George J. Beraka, who said he can still pick them out on women now deep into middle age.

But fashion was changing. Ethnic looks were coming into style. In the mid-70s, black models appeared for the first time on the covers of Glamour and Vogue. Blondes were not the only ones having fun. Lana Turner and Betty Grable were replaced by Barbra Streisand (who was afraid to have a nose job for fear it would change her voice) and Cher (who eventually had her nose fixed, along with many other body parts).

Now, doctors say, their patients want to maintain their ethnic individuality, perhaps with slight refinement. Where once the button nose was the rage, women these days beg for a "natural" look. "They're not trying to erase their ethnic background anymore," said Dr. Darrick E. Antell, a Park Avenue surgeon.

Dr. Christopher Nanni of Brooklyn agreed: "There's a much broader definition of beauty. Not everyone needs to look like Barbie." Dr. Nanni noted that the preoccupation has shifted to flat stomachs and wrinkle-free faces. "It's youth they're looking for, not certain facial features."

Another factor in the decline of nose jobs, doctors say, is the new health care economics. In the old days, insurance plans covered the procedure if a patient complained of breathing difficulties. Now, insurers do not docilely accept that a cosmetic operation costing between $3,000 and $8,000 is necessary for a deviated septum. "They fight and fight," Dr. Pittman said, and many middle-class families are "reluctant to spend the college money."

The statistics available on rhinoplasty do not distinguish between primary and secondary surgeries, the return trips to the operating room to fix what was done before. Dr. Antell said he sees older women who have tired of their cute little ski-slope noses and "want to turn the clock back" and look like real people. He complies, transplanting cartilage from the septum to give them back the bump they once hated.