Topic: Plastic Surgery of the Chin 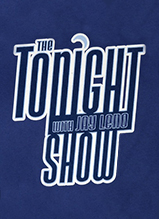 Now, anyway, it's about this plastic surgeon — Where is it? Ah, here he is. Dr. — Dr. Darrick Antell. This is the guy that does the chin implants. And he says one of the most popular cosmetic surgery procedures is to get these chin implants. Let me show you there. See, the guy there — there you go — there's — see the before picture, see the after picture. He says a lot of men are nervous about losing their jobs and feel a new chin will give them a stronger, more forceful appearance.

He goes on to say men request celebrity chins, like Arnold Schwarzenegger and Michael Douglas. And I'm thinking, well, I'm kind of reading, going, Oh, heh, look at that. There's a celebrity — 'til I come to this sentence here. Mm-hmm. Not all men desire celebrity chins. Look at this, here. Can you get a shot of — can you see that, Tess?

Look at that, it says, A lot of men ask, you aren't going to make me look like Jay Leno, are you? You know?

So I was curious to what this doctor — how he would respond. So I figured we'd call him up. My staff contacted him earlier, he's waiting at this number. Here's his number right here. Let's give him a call. You're not going to make me look like Jay Leno, are you? No-chin geek! Let's see, is it ringing? Oh, it's ringing. Here we go.

LENO: Is this Dr. Antell?

LENO: Nice to see you. Expecting my call?

LENO: Yeah. Yeah. And — and has anyone ever asked to come in and look like me?

LENO: Really? Well, how is my chin? Is it pretty good.

ANTELL: Well, I think it works for you, Jay. But, in terms of the classical measurements, most people would say it's a little bit on the overly-large size.

LENO: Overly-large size. Well, you know what they say, Big chin, you know. Yeah. Well, let me ask you. I mean, are there--are there chin sizes like a 38DD, that kind of thing?

ANTELL: Well, there are, actually. It doesn't go quite that way.

ANTELL: But we try to fit it to the rest of the patient's face so that it brings it into balance.

LENO: Now what do you do? If I come in, do you glue a fake chin on a guy and he looks in the mirror? Is that how it works?

ANTELL: Well, it — it — actually, what we do is we make a very small incision, usually under the chin.

ANTELL: And you can put in sort of a rubbery material that makes the chin look a little larger. and if it's too large, you can actually reduce the size, too.

LENO: Now, if it's sunny out, doesn't that melt all over the guys's face?

ANTELL: No. It actually knits in there, scar tissue heals around it and it stays put.

LENO: And how about chin reductions? Have you done those?

ANTELL: No. I wouldn't do that to you.

LENO: Yeah, I'm sure. All right. Well, thank you, Doctor.

LENO: Thank you. Nice talking to you.