The Today Show - Triplets go under Knife for facelifts

The Today Show - Triplets go under Knife for facelifts 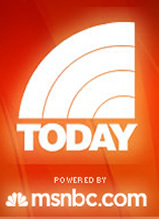 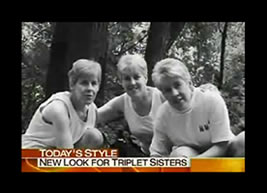 JOE WITTE, announcer: TODAY'S STYLE is brought to you by...

And we are back. This morning on TODAY'S STYLE, a makeover three times. Fifty-seven-year-old identical triplets were inspired by a story that they saw right here on the TODAY show, so they looked into getting plastic surgery, and they decided to go for it, all for one, one for all.

The Mattock triplets were born in 1949 in New Brunswick, New Jersey.

GEORGETTE: Gail is a very undemanding person. I can never remember a time when she really asked for anything for herself.

BROWN: And Georgette, a teacher.

GERIE: Georgette is probably, if you're comparing us, probably the most opinionated, and has very decisive ideas about things.

BROWN: And it was Georgette who called plastic surgeon Dr. Darrick Antell, after seeing him on the TODAY show in March.

GAIL: She actually came up with the idea.

BROWN: And together, all three sisters decided to go under the knife.

GAIL: I'm hoping to have less of this here.

GEORGETTE: I'm hoping to have smoother skin, get rid of some of the sag.

GERIE: I'm hoping to kind of push the clock back a little bit, maybe look a few years younger.

BROWN: They had the surgery in May, three face lifts and three upper eye lifts.

Unidentified Sister #1: I would not do this by myself.

Unidentified Sister #2: I probably would do it on my own, although it makes it a lot more fun to have somebody doing it with you.

BROWN: And the adventure continues. Dr. Darrick Antell is the New York City plastic surgeon affiliated with Lenox Hill Hospital, who worked on the triplets. And when they were feeling up to it, we sent the Mattock triplets to Louis Licari salon here in New York City to get their hair done. And Rebecca Dolgin is the beauty and fashion director of All You magazine. She took them shopping.

So the moment has arrived. First, we do want to take a look at the before pictures of the triplets. This is before the surgery, before their makeovers. And now, drum roll please, Georgette, Gerie, Gail, come on out. Let's see you. Show America the new you.

GAIL: We feel wonderful, it's fabulous.

BROWN: We're going to--we're going to talk about your take on sort of the makeover. But first, Dr. Antell, let me start with you. What they wanted to go for was obviously a younger, fresher look. As we show the before pictures, before and after comparisons, tell us about the surgery, what you did, exactly.

Dr. ANTELL: And we're doing on--ongoing studies on identical twins where we've been able to do a much smaller incision than we previously could do.

BROWN: So the idea is to make it more subtle, not so obvious.

Dr. ANTELL: Yes. Not only make it more subtle, but safety. These operations today are done under mostly local anesthesia, with only mild sedation.

BROWN: So give us an example if you can. I want to throw the before pictures back up for a second.

BROWN: And just show us where you made an incision with one of the women, and what exactly you were going for.

BROWN: Well, let me ask you ladies, and Georgette, maybe you can speak for the group. How long did it actually take you to recover from the process?

GEORGETTE: Actually, the surgery for me was very, very easy. I'm the one who never took so much as a Tylenol.

GEORGETTE: For pain. I was very bruised in a sense of being black and blue, but there was no pain.

GAIL: No pain, it was amazing. I had a little swelling, a little discoloration, no pain.

GEORGETTE: When I woke up, there was no nausea, no headache, and that's due to the local anesthetic, I think, so.

BROWN: Yeah. And let me turn to Louis, now, because when you got to feeling a little better, Louis took over.

BROWN: And your goal here was to, again, younger, fresher, get the gray out, right?

Mr. LICARI: Younger, fresher, and this is the best time. If you're going to change your look, do it now, right when you're going forward, to be tweaked, a little face work, because it'll throw all your friends off. They'll say, `Wow, you look great with that new haircut and hair color.' But they'll never guess that you had a little...

BROWN: OK, so they think it's the hair color, and they don't notice the surgery.

Mr. LICARI: Yeah. So you know, it's a great time to make yourself over.

BROWN: And this is a modification basically with each of them that you did on the same haircut, right?

Mr. LICARI: Right. They all had basically the same haircuts, but what we did here is we played with the way that the hair falls. You see on Georgette, we gave her a full bang. To--she has a long, oval face, and we wanted to make it more oval.

Mr. LICARI: We did the same thing all the way through, except for on Gerie. We gave her her hair parted off to the side, and on Gail, even though her hair's up, it's tousled. So it cuts down on the size of her forehead.

BROWN: I love it. And you can, I guess, all three wear your hair different ways, too, it's really fun and flexible.

BROWN: And Rebecca, let me turn to you and tell us about their looks.

Ms. DOLGIN: Exactly. We wanted to give them a whole new wardrobe, and you can really do this without spending a lot of money. Each one of these outfits range just from 50 to $150, head to toe, including shoes. So with Georgette, we wanted to give her a pop of color, really show of her bright complexion, and then we put her in a pair of white pants. It adds polish, makes her look great. They have a little bit of lycra so there's some stretch in them, and I think she just looks fantastic.

BROWN: OK. So ladies, what's on the agenda tonight? Big plans? Are we going clubbing?

GERIE: We're going to go to a show with my family tonight, so.

BROWN: Oh, you look fantastic, you really do.

BROWN: Hey, congrats to all of you, well done.

GEORGETTE: We will, we will, thank you.

BROWN: Good to have you all here. 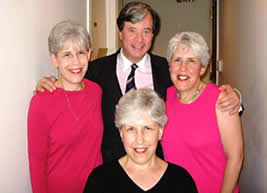