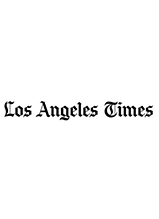 This week is the annual shindig of the American Society for Aesthetic Plastic Surgery when hundreds of docs gather to chew the fat over mid-cheek anatomy, neck aesthetics and scientific algorithms for suturing broad or bulbous nose-tips. Among the exciting-sounding talks ("Malpractice Litigation After Rhinoplasty, Mastering Shape and Contour of Buttock and Lateral Thigh") was this one: "The Twins Facelift Study - Six Years Later." What is it about?

Elizabeth Sadati, spokeswoman for the society, told us that there's a lot of debate among aesthetic plastic surgeons about the best way to do a facelift. So, six years ago, four docs decided to each use their favorite method on two sets of identical twins-and from time to time the four get together and present pictures of the twins to their colleagues. Then the surgeons have a good old natter about how each face is holding up.

"Because twins are genetically as close as you can get, it was felt that this might be one way to kind of judge the longevity and overall results of these various facelift techniques," Sadati explains-though clearly, she adds, this isn't a scientific study. You can only compare identical twin with identical twin, for one. Different docs did the surgery, for two.

For three, there's many a thing besides genes that determines how fast ones face develops wrinkles, age spots and jowls like a bloodhound: smoking, sun damage, stress, nutrition, alcohol consumption - ah, the face I might have now could I only turn back the clock.

It would be gorgeous, I am sure. The benefits of clean living are nicely illustrated by photos taken by dermatologists of the smooth, youthful faces of elderly monks who've lived lives of serenity and virtue (out of the sun, none of this boozing and puffing and yanking ones face into grimaces and grins all the time).

They're well-illustrated too, by a study done by New York plastic surgeon Dr. Darrick Antell. Antell went to Twinsburg, Ohio (where twins meet up once a year), took photos of more than 50 pairs of identical twins and got them to fill out questionnaires about their lives. (Fun study!)

Some of the twins, he found, were still very alike in midlife-such as a pair of Mennonite women who had great skin and lived similarly sin-free lives, in the same house even. (Antell's doing his own facelift study on twin pairs who've aged very similarly.)

Other twins, though, differed a lot-such as relatively youthful-looking Gwyn and her more-wrinkled sister Gay, who loved to sunbathe, smoked a pack of cigarettes a day for years, drank and had a lot of stress in her life.

Most of us know why the sun is bad for skin: It's those UV rays trashing the collagen and elastin that makes skin young and pliant. And smoking does its number by narrowing blood vessels in the skin-cutting it off from nutrients and oxygen. But stress?

Again, says Antell, it's a matter of the blood supply: When we get wigged out, hormones direct blood away from the skin and toward vital organs like the heart so we can run away from that mastodon or wolf or whatever. These days, though, stress in the workplace and elsewhere in our life is kind of like spending all day getting chased by a mastodon. Is that how I came by my wrinkles? If so, I feel cheated. I'd sooner they came from debauchery.

Antell's study didn't reveal whether sleep deprivation also helps turn faces to prunes - but, hey, even if it doesn't sleep deprivation may stop connections between nerves in the brain from changing when we experience new things, according to the journal Neuron. (Change of this kind is good: It's what learning is all about.)

This finding - by scientists at UC San Francisco - came from studies on cats but could well apply to us too. And it's just the latest chapter on what the point of sleeping even is: After all these years, scientists still don't really know.

What can you do to help your neurons make oodles of new connections? In a pamphlet we have just received, the Better Sleep Council reminds us that "sudden loud noises...can disrupt sleep" and "if you sleep with a partner, your mattress should offer you both enough space" and suggests we try sleeping in dark rooms and avoid caffeinated beverages before bedtime. I will bear those things in mind.