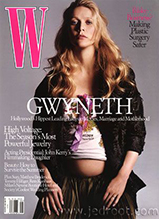 Just as Al Roker and Carnie Wilson turned the obscure gastric bypass into the operation du jour, extreme makeover shows from The Swan to MTV's new I Want a Famous Face are making plastic surgery seem as mainstream as a manicure. In 2003 alone, Americans had a whopping 1.8 million surgical cosmetic procedures - a 12 percent increase over 2002, according to American Society for Aesthetic Plastic Surgery.

But just like gastric bypass - a procedure in which one in 200 patients die on the operating table - aesthetic procedures have risks, a fact made alarmingly clear earlier this year after First Wives Club author Olivia Goldsmith and Connecticut doctor's wife Susan Malitz both died during cosmetic surgery at the prestigious Manhattan Eye, Ear and Throat Hospital. And New York is not the only state where plastic surgery fatalities are triggering investigations. A rash of deaths in Florida in 2000 caused that state's Board of Health to ban plastic surgeons from using general anesthesia outside of hospitals while officials drew up heightened safety measures. But eight additional surgery patients have died in the two years since the new rules went into effect, and Florida instituted a three-month ban, which ended May 11, on doctors outside of hospitals performing liposuction combined with tummy tucks.

Sought-after New York plastic surgeon Daniel C. Baker, who operates at Manhattan Eye, Ear and Throat Hospital, calls the deaths of the two women there - neither of whom was his patient - a coincidence. Yet Baker, known for working his magic on Sophia Loren, says "every surgery, cosmetic or otherwise, can have complications. Because plastic surgery is a procedure to beautify, people think of it as just a beauty treatment. But it's not like going to get your hair done. Like driving, skiing or flying, there are undeniable, inherent risks."

Recent events notwithstanding, aesthetic surgery has become much safer over the past decade, due to smaller incisions, smaller instruments and faster operations, which require less anesthesia. Here's how to get the kindest cut.

With opthalmologists offering Botox and some dentists performing facial procedures, the cosmetic surgery field is becoming harder to navigate. Complicating the situation is the fact that, once doctors earn their medical degrees, they are legally permitted to work in any field - whether or not they are certified by a medical board in that specialty. Plastic surgeons (doctors trained in both face and body reconstruction), otolaryngologists (ear, nose and throat surgeons) and dermatological surgeons (laser and liposuction specialists trained as skin experts) are now competing for the same clients.

"You test drive more than one car, so you need to interview more than one doctor," says Park Avenue plastic surgeon Darrick Antell. Consultations with top surgeons can run $250 to $500, but Antell points out that "this is one area of life where you pay retail." To find the right surgeon, patients should "ask their own internists for referrals or about a surgeon they've heard does good work. If your own doctor hasn't heard of the surgeon, ask him to find out," suggests plastic surgeon Gerald Pitman. He also recommends asking medical specialties the doctors are certified in.

Another tried-and-true strategy has been to ask the American Society of Plastic Surgeons (ASPS) for a list of board-certified surgeons in one's geographical area; but with two recent deaths during procedures conducted by one board-certified plastic surgeon in Florida - who at press time was still listed on the ASPS web site - even that method isn't fail-safe.

New York dermatological surgeon and liposuction pro Howard Sobel suggests patients call their state boards of health (for information on doctors' malpractice records) and ask doctors to arrange interviews with patients they have operated on within the past two months. "If he can't produce someone who recently had the procedure you're interested in, it means he doesn't do that operation often enough," says Sobel.

Plastic surgery patients know they need to take time off from work to recuperate. But there are also some less obvious doctors' orders. "Hold the phone away from your ear," says Antell, "so stitches don't come out and your incision doesn't get infected. And clean the receiver of every phone you talk on."

Postsurgical patients should also temporarily forgo the health club and the golf course. "I can tell them not to do anything strenuous for two weeks afterward - like exercise or sex - that might lead to bleeding or swelling," says Silich. "But of course," he says, laughing, "they have sex right away, so I tell them to hold off hanging from the chandeliers." In plastic surgery, as with everything, risks have to be weighed against gains.

Excerpted from an article by Natasha Singer