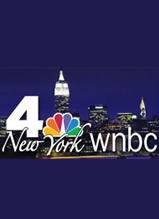 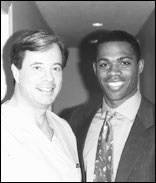 Dr. IAN SMITH reporting: And in the next installment of our plastic surgery series -- facelifts. But not the kind that pulls your face back and makes you look like you're stuck in a wind tunnel -- this surgery hides the scars. And, it gives the face a more natural appearance.

Final examinations of Nancy, before she undergoes her facelift.

NANCY (Patient): I want my chinline, here, to look better. Hopefully to smooth out the skin, and also the neck is very important, as you get older. I want the puckers here to go away.

SMITH: New York plastic surgeon Dr. Darrick Antell says these are the two most common areas of concern, with people contemplating a facelift. And one of the hottest trends in fixing these problem areas, is something called the short scar facelift.

Dr. DARRICK ANTELL (Plastic Surgeon): Well, the shorter incision is a real plus for the patient. It's much less visible, it's very ponytail-friendly, if they like to wear their hair back. It minimizes any incision behind the ear, sometimes completely eliminating the incision altogether.

SMITH: In the older facelift, the incision typically ran down the hairline, underneath and then behind the ear, stretching back behind the head. But now doctors eliminate the extended cut behind the ear, either keeping it mostly along the front hairline, or even extending it up in front, depending on the shape of the hairline. But in both cases, eliminating that behind-the-ear scar. And doctors can deliver a more natural result.

Dr. ANTELL: In the early operations, people just tended to pull the skin back, and it tended to give them that wind-tunnel look. By working on the deeper layers, you can reposition the underlying fat, and the actual muscles, so that everything comes up and looks much more natural. And it takes tension off of the skin.

SMITH: Like many other procedures, the short-scar surgery can be performed right in the doctor's office. Same sterilization techniques, same safety precautions of bigger hospital operating rooms. Many patients in fact, feel more comfortable and can be monitored more closely without distractions.

The key, says Nancy, is doing your homework first, to find the best doctor.

NANCY: You want to go to the best possible one you can. You have only one face. You can scrimp on other things, you know, go to thrift shops. But not this doctor.

SMITH: Now, Nancy's surgery lasted no more than a couple of hours. After these procedures, the face will be swollen and a little bruised. But within about 10 to 14 days, most people will start to show off their new look. And remember, these cosmetic procedures are rarely, if ever, covered by health insurance. So make sure you save up, before signing up. Of course, for more information on our series, just log on to www.wnbc.com/tiny, for TODAY IN NEW YORK.

JANE HANSON, co-anchor: So it's two weeks, 10 to 14 days, versus the regular facelift is, what, a month or more?

SMITH: Well, it's about three weeks. It's a little faster, because you're doing less. But the real beauty of this is that it actually works underneath the layers of the skin. So the wind-tunnel we talk about, people are like, ahh! (Demonstrates, holding skin back on his face) So if you take the inner layer, it all goes up very nicely.